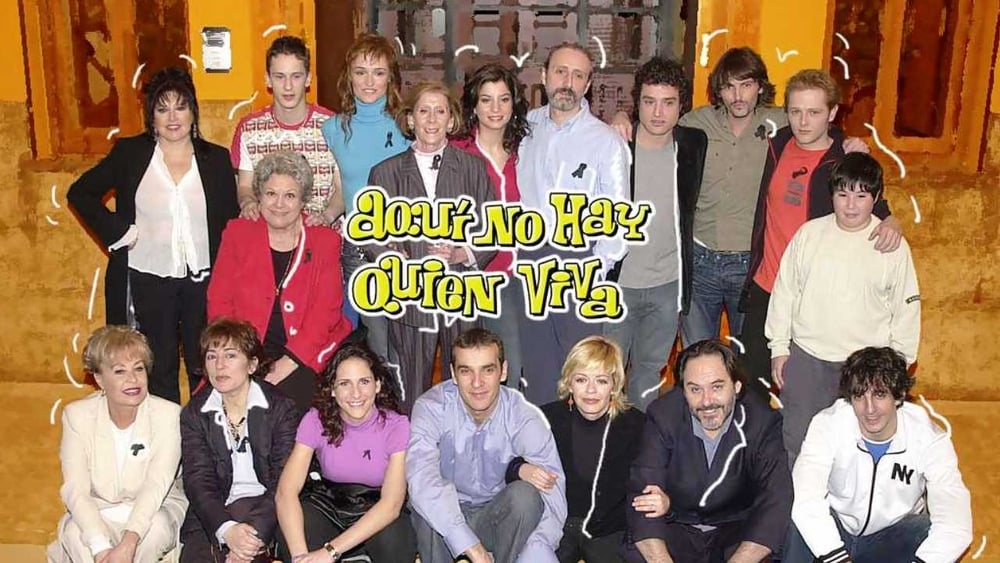 
​
Aquí no hay quien viva is a Spanish television comedy focusing on the inhabitants of the fictional building in Desengaño 21, Calle Desengaño being a street between the Districts of Gran Via and Chueca in Madrid. The episodes debuted on the Antena 3 network, and were later rerun by the same network as well as cable satellite channels Neox and Paramount Comedy. Antena 3 Internacional satellite channel broadcasts the series to Latin America. The series debuted in 2003 and became popular thanks to its funny characters, witty script, and capacity to integrate and poke fun at contemporary issues: the program presents a caustic satire of many of the types found in Spanish society. In 2006, Antena 3's rival Telecinco acquired a 15% share of Miramón Mendi, the company that produces the series. Miramón's contract with Antena 3 expired on June 2006 and was not renewed, bringing the series to an end, since the actors contracts bind them to the production company and not to the network. Miramón Mendi then created a new series for Telecinco with most of the same actors and a similar setting, but with brand-new characters and storyline. La que se avecina débuted 22 April 2007.
​